Hello, have you missed me? I know its been a while, but I’ve been too busy having fun and being out and about. I would say that I’ve been enjoying the sunshine but the weather hasn’t been that great for August.

Anyway, this blog starts off in Bristol as Karen decided to have a long weekend there to help Morph celebrate his 40th birthday. She thought I’d enjoy it as he’s orange too (although a different shade). Because it was a long weekend, we were greeted with this sign at breakfast in the hotel.

I suspect I may be using that quite frequently!

Before heading out to Cribs Causeway we had a wander around the town. I quite liked some of the street furniture although some of it was tricky to stay on.

So then we headed out of town on the bus which was an experience in itself. The exhibition was good and a trip down memory lane for Karen. I quite enjoyed it too because they were my size so I fitted in quite well. It was also fun reading about what Morph is planning for his special year. 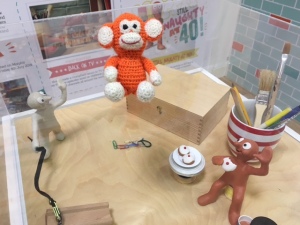 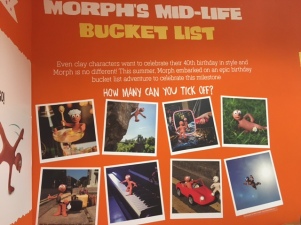 There were a couple of giants there too but I was made very welcome so it wasn’t too scary.

And, what with it being Morph’s 40th birthday, there was only one way to end – cake!

After all that excitement and being indoors, we had to get out into the fresh air. Although Bristol is a city, I did manage to find a nice bit of green space which also happened to have a fountain. Quite lovely after all the roadworks and traffic. 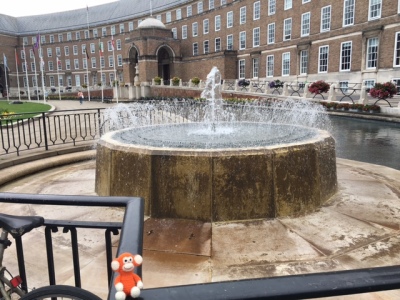 As it was Morph’s birthday, as well as cake, it seemed appropriate to have something bubbly too and how could I resist at such a good price.

And then it rained and rained and rained – so much so that Karen had squelchy shoes. It also meant that photo opportunities were limited but I did manage to find a gap before breakfast on Sunday, after which it started raining again. We took this shot because it had one of the giant painted Gromit’s on. I think something like that would look very good on Karen’s patio but quite hard to get home on the train.

Then it was back to work on Karen’s work from home days. She was quite kind and made me tea although wasn’t impressed when I tried to dive in. I only did it because Debbie suggested it and, as she is the boss, I don’t see why the problem is. 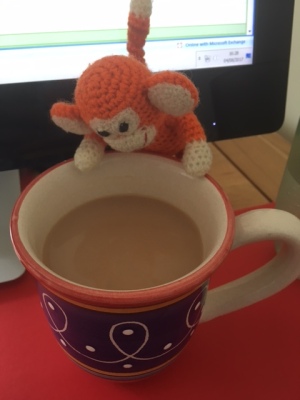 As Karen’s mum was visiting for the weekend, we were showing her the newly redone Dreamland. She quite liked the giant letters too so we found one of the A’s for her as her name is Anne. I then found a rather colourful star and think I blended in quite well. Can you spot me? 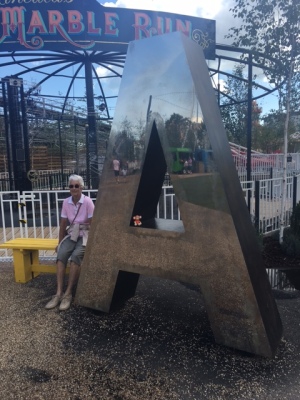 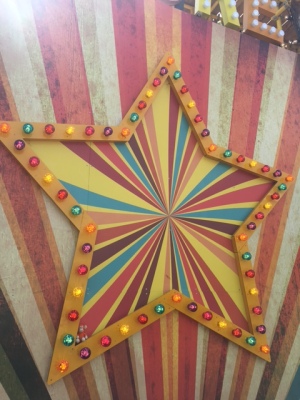 Sunday was pretty relaxed and Karen and her mum played crazy golf in the morning. Then it was all about waiting for the carnival to come to my road but I was lucky enough to have a chair so my legs didn’t get weary. 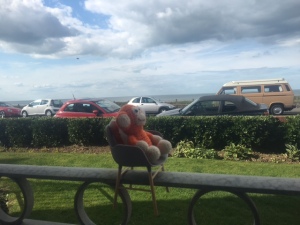 The following weekend was Margate Pride and its only the second year its happened in Margate. I joined in by having a suitably decorated cupcake. 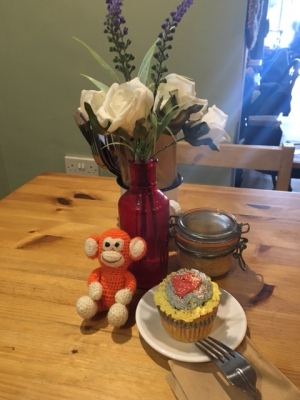 The town was quite busy and there were a few visitors, as you would expect in August. Luckily one of them left an excellent sandcastle for me to play in. They moved quite a lot of sand and the soft stuff too, so it would have been quite hard work, but I did appreciate the effort.

And now we’re at this weekend just gone. On Saturday it was a bit breezy and Karen had to hold onto me so I didn’t blow away. There were also some interesting cloud formations and it did shower occasionally.

When I was wandering around town, I came across this rather nice piece of street art, mainly because of the colour of the flower. This picture doesn’t really do it justice as it was tricky to get the angle right. 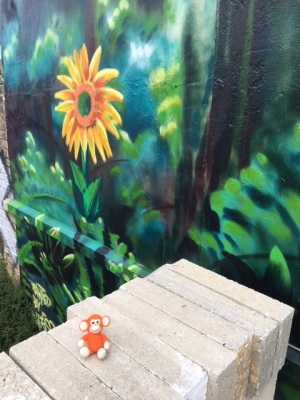 Sunday was a much better day in the most part so I was able to have an opportunity to sunbathe whilst Karen went for a paddle. 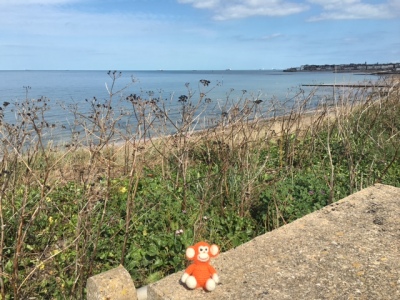 So, there you have it, you’re all caught up and that was almost a month’s worth too. I’m sure I’ll do the next one sooner as there’s lots of things planned in the near future but don’t be disappointed if it takes a while because at least you’ll know that I’m enjoying myself somewhere.

One thought on “Bristol and beyond”