Yes, yes, I know its been a while. Nothing to do with recovering from a night out in Covent Garden (honest!). But more on that soon …

I did start by being civilised and met a friend at the Breakfast Club. Food was lovely as always but, best of all, they had an orange mug. Not sure why its not got a smiley face though so just as well I can make up for that. 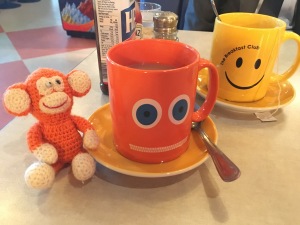 I’ve also been to the lovely woodlands where the team did some work the last couple of years. Fortunately I didn’t have to do anything apart from sit on a log and admire the view. 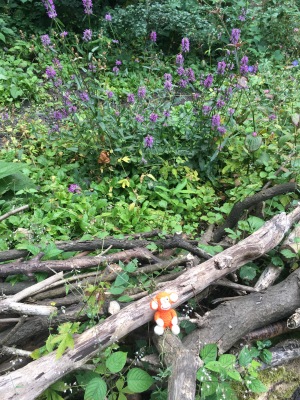 I then had the pleasure of helping Karen choose her 10 year award gifts and I think she chose well. She went for a new phone (as the other one had broken) and a new mantlepiece clock. That’s because she’s been buying things again and the clock she had didn’t go with the new stuff but it all blends in rather nicely now. 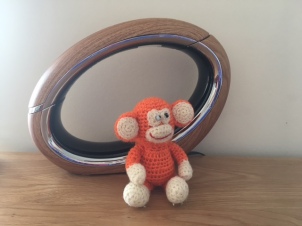 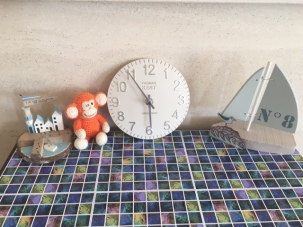 Now we come to Covent Garden – it was a girls PMO night out but they let me come along as an honorary guest. Such fun! 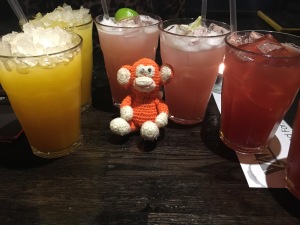 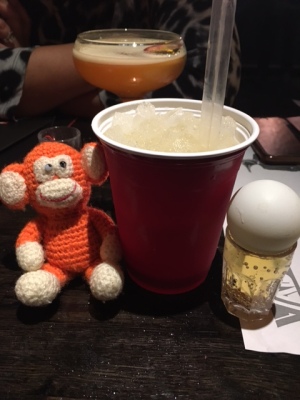 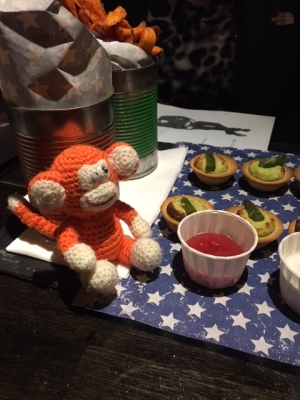 As you can see from the menu, we didn’t get through that many cocktails from the huge selection available but had a reasonable go so that we made the most of the deals and vouchers we had. 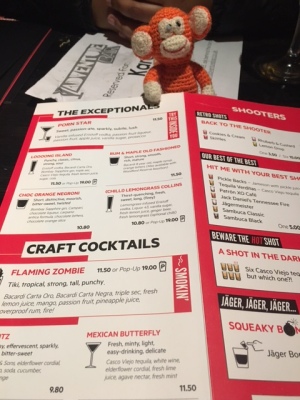 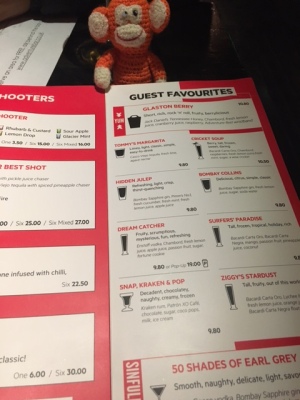 But, in the end, you can’t beat a nicely chilled prosecco and, yes, that is Alli dancing in the background – you just had to really, the tunes were great. 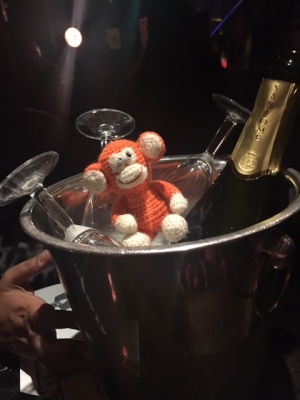 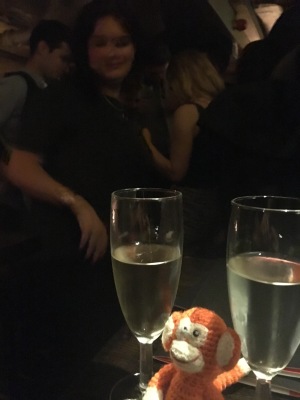 As I knew it was going to be a late one, I had decided to stay over in London. Not in a particularly special hotel but the view was pretty good in the morning. If you look closely you can see Nelson’s column. 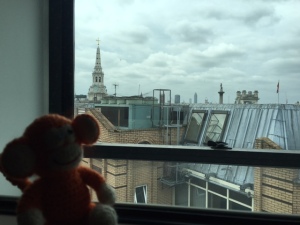 Not sure what goes on at the hotel but they had a rather cheeky label with the bottle of water. Just as well as I was only there for one night, I wouldn’t have wanted to be corrupted. 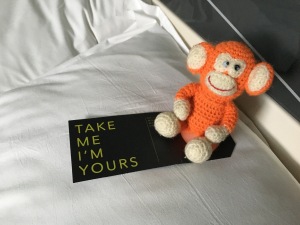 Later on in the week, I was then lucky enough to go to Roost Restaurant in Margate and shared some very delicious chicken and lobster. For some reason, though, there’s no picture of the dessert which was a caramelised pecan banana split (just in case you wanted to know what you’re missing). 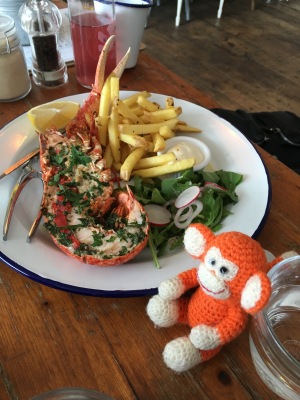 Friday was a work at home day (as was most of the week). Not sure I like that anymore now that I’m a home monkey but I did get to go out for a paddle at lunchtime. 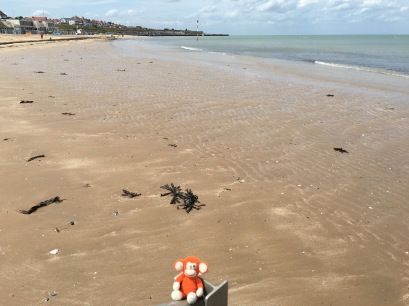 I’ve then been treated this weekend – I got some new eyes! 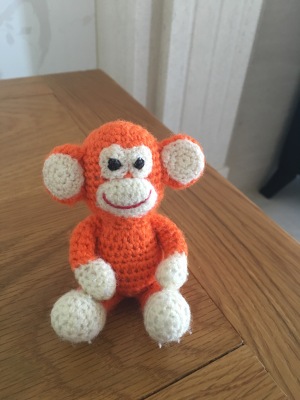 I’m rather pleased because I do like looking at the view and it has been a bit blurry of late but should be all better now. Here’s a sunset from Thursday night. 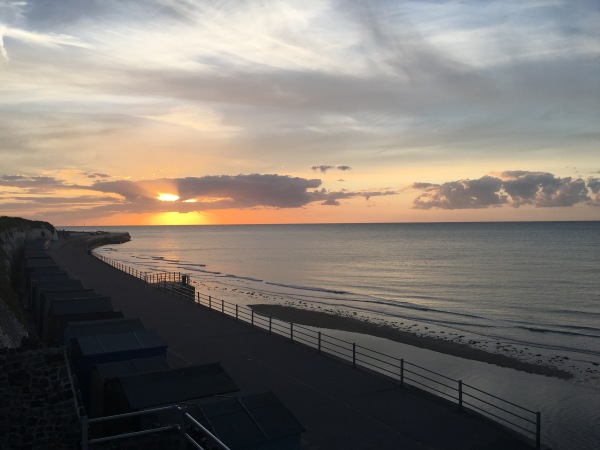