I’ve been out enjoying the sunshine and not doing my blogs lately, so here’s one from a few weeks ago when I went away for a murder mystery weekend. For some reason, Karen’s now got the tune ‘Its a Mystery’ in her head! Do you remember who sang that?

We started by going to Debbie’s on the Thursday after work and had the usual fun and games on the trains so it was straight to bed when we got there. I thought we had the whole of the Friday off but, no, we had to do some work in the morning. I tried to make myself at home in Debbie’s office but got in the way a bit so went back onto the shelf where I’m really more at home anyway. 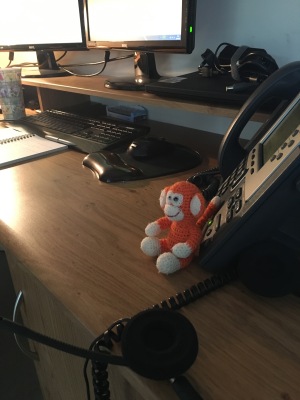 On the way to the hotel we stopped at Meat Inc. for lunch although I didn’t have much food as not much room after the hugely delicious milkshake.

The journey took a little while and I got restless so had a little play in the car but then got told to belt up (don’t know why as I am a very quiet monkey).

Karen told me it was for my own safety. As I was then a good monkey, I was allowed out into the drinks holders which were a perfect fit for me and just as safe.

I thought I ought to be helpful when we got to the hotel and so I delivered Debbie’s suitcase to her room. I was rather glad that it was on wheels.

In the evening there was a dinner and the theme of the whole weekend was a tennis club. I can’t say too much more than that in case any of you are going to a similar event as don’t want to give the plot away (not that I could do even if I wanted to).

On Saturday I got a chance to explore the hotel and gardens and there were lots of places for me to play. I particularly liked this orange plant because, as we know, orange is my favourite colour. 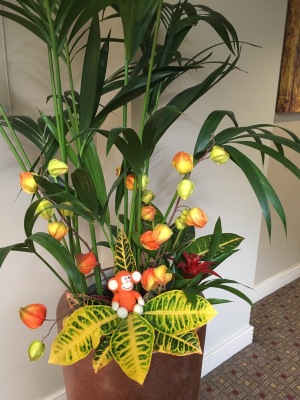 Later in the morning Debbie made us go and see the cows. For some reason she rather likes them and likes to pat them but there were a bit big for my liking so I kept my distance.

There were loads of trees in the hotel gardens so I was in my element when climbing all over them.

I even found an orange sign to climb on but was told that wasn’t the done thing so I went back onto my favourite tree trunk and had a rest. 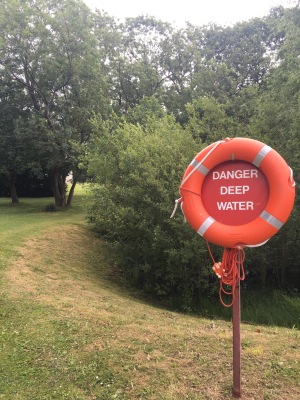 In the evening the dinner was a ‘Ball Ball’ event so Debbie had made us a necklace each out of tennis balls but I found it a bit big for me (and it wasn’t orange so would have clashed with my outfit). 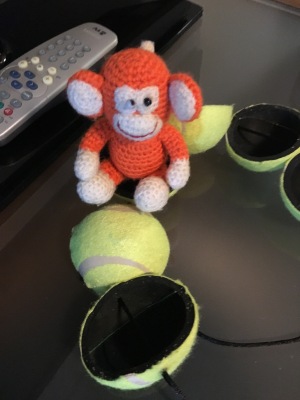 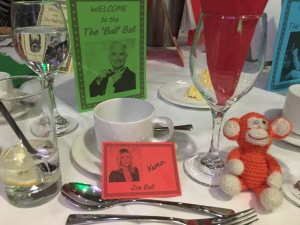 Sunday was spent finding out the answer to the plot and then travelling home. I was welcomed home with a lovely Margate sunset. 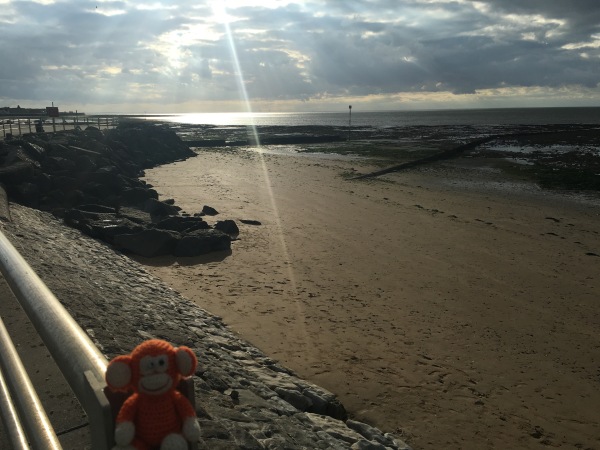