The weekend started with a very nice work from home day on Friday – it was so lovely weather wise that I just had to sit out at lunchtime. Having said that, the view wasn’t great to start with. 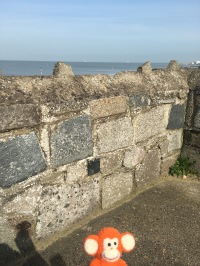 So I made sure that Karen moved me into a better position so that I could see the beach properly. 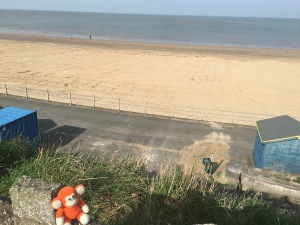 A few minutes later, though, I got a bit of a shock and thought I was seeing things – the beach huts were moving! 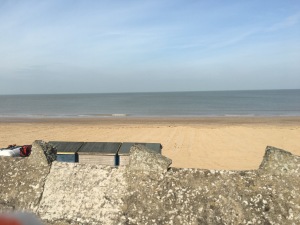 Fortunately, I realised they were on a lorry but it was rather strange. When I headed back to the flat, I saw one of them being lifted onto the promenade. 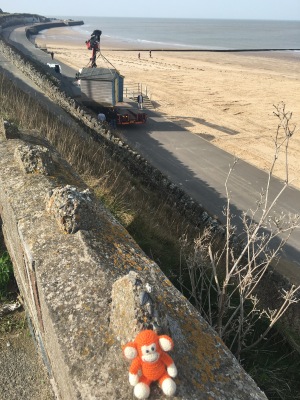 It was a bit noisy and not what I’d come to expect for my beach, so I just looked the other way to the nicer view for the last few minutes of my outside break (just ignore the bin). 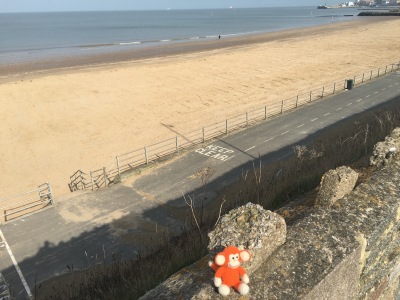 Once I’d finished working, I was trying to help Karen with getting rid of some boxes but I can’t have been doing a good job as she didn’t let me help for long. I can’t imagine why. 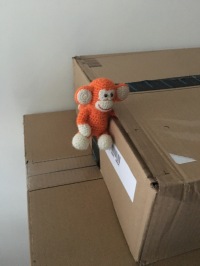 Saturday was strange in some ways as we went to London. However, I knew it couldn’t have been for work because it was properly daylight when we left and rather mild, so the walk to the station was very enjoyable. 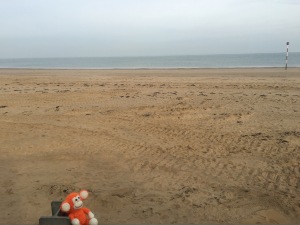 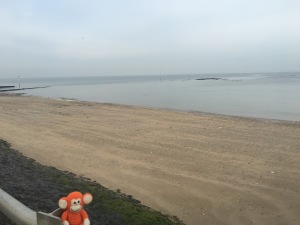 The other reason I knew it was different was that Karen got a cup of tea from the station cafe and that definitely doesn’t happen on work days, mostly because the cafe isn’t quite open when she gets the train and its rather early anyway for a cup of tea. I thought as Karen was partaking that I’d be allowed to as well but apparently not.

Anyway, the extra journey to London was so that we could go to the Affordable Art Fair in Battersea. Its a rather nice day even if it is tiring. Bizarrely the shuttle bus driver on the way there didn’t know where to go so one of the other customers ended up directing him.

Karen needed a new piece for her bedroom and that was why the journey was undertaken, so that she could find something lovely and she succeeded. Its a piece by a Cornish artist called Yvonne Coomber who Karen has admired for years since she first saw one of her paintings at the Scarlet Hotel. The title of the painting that Karen bought is ‘Loving you fills my soul with happiness’ which is rather beautiful. It also glitters when the light shines on it. 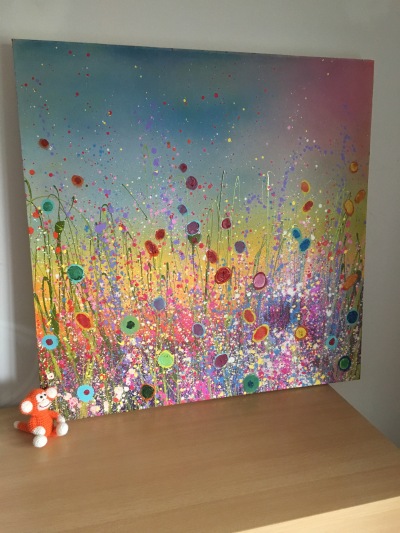 I know its not the normal view but I do think that needs to be picture of the week.

Sunday was a nice restful day but I did manage to drag Karen off the sofa and out for a walk. Margate was a bit more misty but still quite mild. 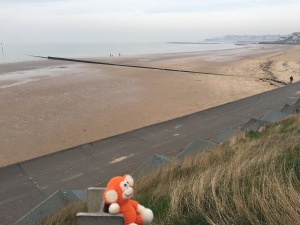 As it was low tide, we managed to have a walk on the beach that is normally covered by the sea. Not many people on that part so it was mainly shared with seagulls, although there was the odd walker and their dog.

The exciting thing was that I could see Karen’s flat from there – can you spot it? Perhaps I’ll award a prize to the first person to do that. 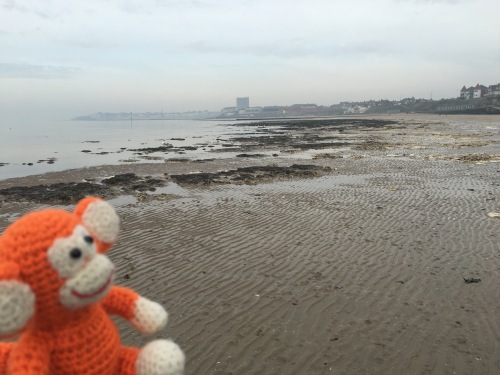