Hello everyone, I’m back again. I know its been a while but I have been busy settling into the new home and then looking after a poorly Karen. 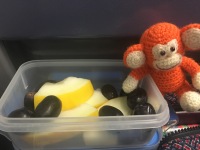 Its just as well we did go back to work as it was Karen’s 10 year work anniversary – yes, that’s right, 10 years since she started at Barclays. The team even made her a little picture and I like that the orange man is at the forefront. 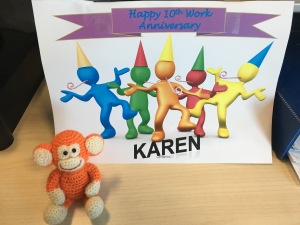 The next day Karen was being a bit secretive and wouldn’t let me look in the extra bag she bought to work but I made sure I snuck in and had a look, although not sure it helped me that much. 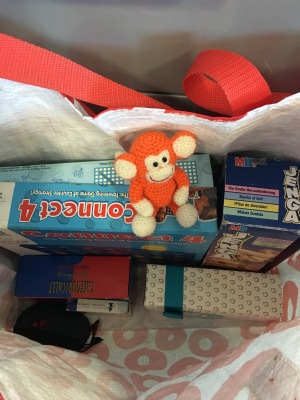 It all became clear later on that evening as Karen had been organising a team games night.

I rather liked it as there was a bit of an orange theme with the games. First there was Belisha, an old card game from Karen’s Grandma, which happened to have an orange back. 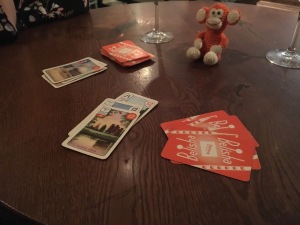 Then there was the ever favourite Connect 4 where the red and yellow counters make orange. 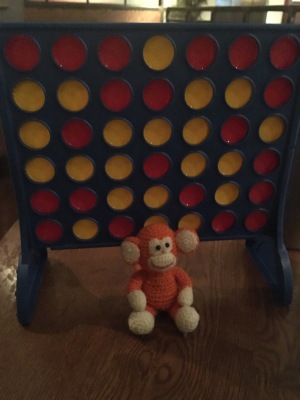 They did also play Rapidough but I wasn’t allowed out at that point in case someone tried to mould me by mistake.

Although the weekend was a mix of doing things and relaxing, it wasn’t very interesting or many photo opportunities. There was a great moment on Saturday evening though which was a sunset. What’s special about that I hear you ask? Well, what was particularly special about this one was that it was the first time we could sit in an armchair at home and watch it in comfort. So lucky to be able to do that. 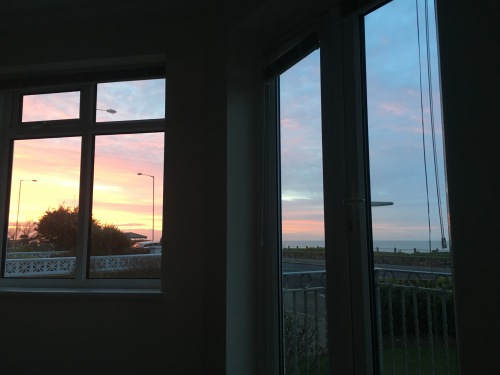 So you have been warned, more sunset pictures to follow!