Another week and another birthday – this time it was Paul’s 40th. Karen remembers the date each year because, not only is it easy to remember (and she has it in her calendar), but when Paul started at Barclays they sat next to each other and it fell on a bank holiday. I wasn’t even a twinkle in Adam’s eye all those years ago. A few years later, they worked together on Project Falcon and so, as a special 40th birthday treat, Karen gave him her falcon badge. It turned into a bit of a farewell gift too as Paul has now moved to another floor so that he can sit with his team. 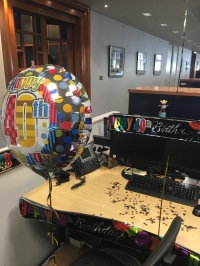 The following weekend, summer arrived and so did all the visitors to Margate. Gosh what a lot of people and cars. There was lots going on too, including a monopoly letter hunt. I’d not heard of that before but like that they had one of the letters in orange, although it really should have been M. There was also a red London bus which looked like someone had hired it for their wedding as it had white ribbons on. 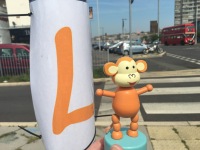 We headed to Broadstairs to do a couple of things and ended up having a late lunch on the harbour arm and some delicious scampi and chips, sitting on some rather orange chairs. There were a lot of seagulls about so had to be extra careful so that they didn’t steal any chips. 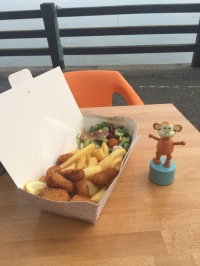 Sunday was just as busy and I think a bit hotter. Lots more visitors came and sat on the main sands, but less on Westbrook, although that picture was taken towards the end of the day. 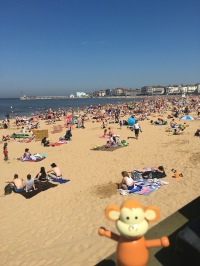 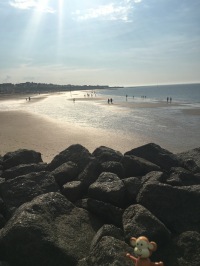 After feeling that I’d had a mini holiday, it was back to work on the Monday. Busy, busy, busy and so I was glad when we got to the end of the week. I found a rather nice resting place in M&S on the way home. For the Sayers/Knowles amongst us, you may recall the significance of crepe flowers. 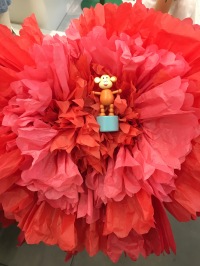 This weekend was very different weather wise from last weekend, in fact I nearly put my jumper back on on Saturday! Unsurprisingly, the beach was much quieter, although I can’t imagine why as the sun was still shining. 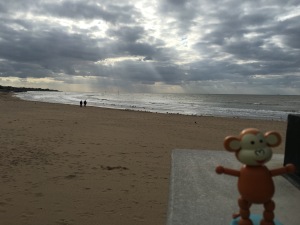 I had a bit of a fashion show when I got in as the lovely Lucy had kindly given me an orange smiley badge which she got when she went to the theatre. I wasn’t sure the best way to wear it so tried three different ways – a necklace, a sun hat and footwear, although the first two were a bit hazardous. 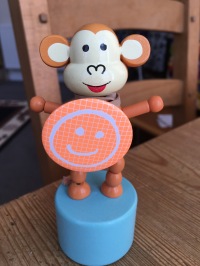 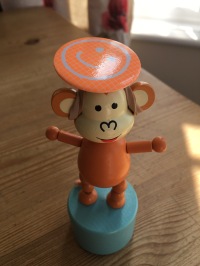 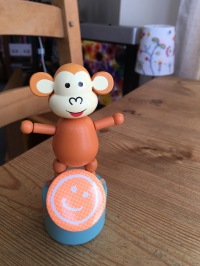 Did I wear it well? Which do you think is best? Or do you have alternative suggestions?

Sunday was much nicer and the sun came out again, so I was able to have a nice walk on the beach. I didn’t get to paddle as the tide was out but did enjoy finding some barnacles amongst the seaweed. 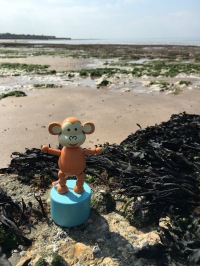