I’ve been lucky enough to be on holiday this week. Monday started a bit gloomy and the sea was quite choppy, so I wasn’t allowed in as the waves were bigger than me. 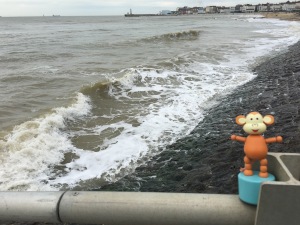 On Tuesday we went to Ramsgate which was interesting but rather a large place, so my little legs got quite tired, but then there was lots of walking involved. Fortunately, it was a nicer day than Monday and the sun had come out which was pleasant. At the start of my visit, I saw some very creative street art, although not sure I liked the size of the seagull.

After that walk from the station I needed a sit down and found a nice cafe by the harbour so I could sit outside.

Ramsgate Harbour was quite interesting and it was good to speculate whether the people on the boats were just visiting or moored there more permanently.

Next to the harbour was the Maritime Museum. Unfortunately it was closed but I still had fun climbing over the old shipping equipment outside.

Then came one of my favourite bits – orange and more orange, all in the form of a good cause, the RNLI. I even got up close to one but not quite on one (yet). 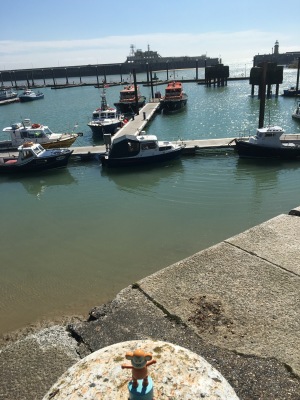 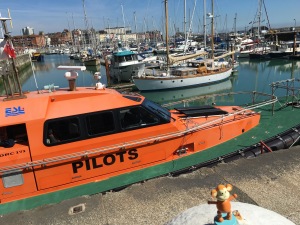 I then walked back into town and saw more street art, this time about bees, which was rather unexpected. It did make me smile, though, as it was using the Beatles tune so I was humming that for a bit until I got some strange looks. 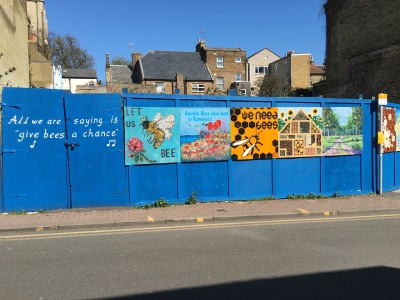 After all that walking, I was ready to go home and was so happy when I saw the view walking from the station. Its just fabulous and even more stunning on a sunny day. 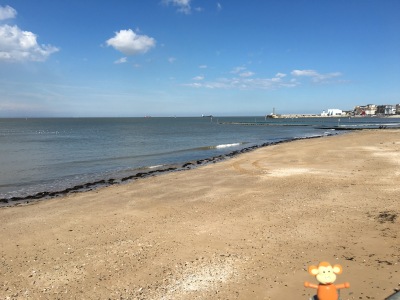 Wednesday was Westgate on Sea day and it was another lovely day. Karen had an appointment first but, after that, we headed towards the beach. I came across a rather lovely and thoughtful remembrance garden. It was beautifully tendered and, best of all, it had red and yellow flowers which, as we all know, makes orange and that’s my favourite colour. 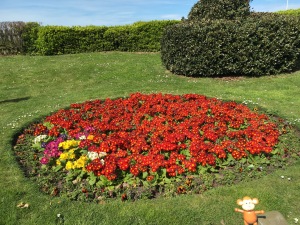 Following that we headed to the cliff top which had a rather impressive view, so sat there for a little while, soaking up the sun, looking out to sea and admiring the cloud formations. 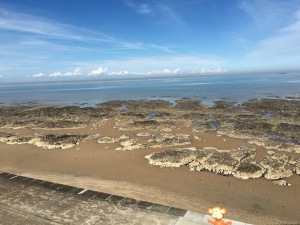 Thursday I spent the day in Margate because I just wanted to spend a day enjoying the local beach in the beautiful sunshine. Summer had arrived in Margate and it was wonderful, it really felt like I was on holiday. It started with a walk on the space beach, fortunately there weren’t any aliens which had landed but I did find a branch to climb on. 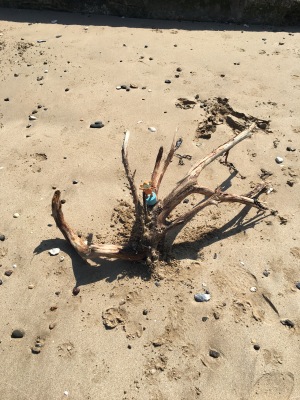 Had a good wander around the old town and then headed to the Harbour Arm which has loads of eating and drinking places to choose from. I settled on BeBeached which was brilliant – not only was the cake absolutely amazing but the view was fabulous and, on top of that, I managed to entertain the staff too (but no dancing). 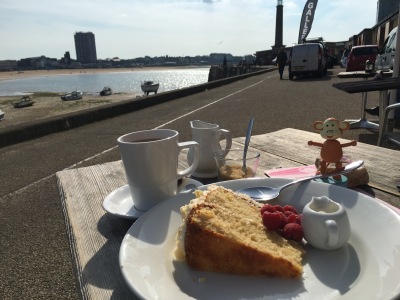 Friday was a mystery tour day and it was ever so exciting – so much so that I tried to jump out of Karen’s bag on the train. Fortunately she caught me so no damage done. It was a good job we were indoors as the rain had arrived and it was not at all like yesterday.

Then it was the weekend and Saturday was Turner Contemporary’s 5th birthday. We seem to miss a lot of what was going on when we visited which was a shame, but luckily the pictures were on Twitter, except this one of course. 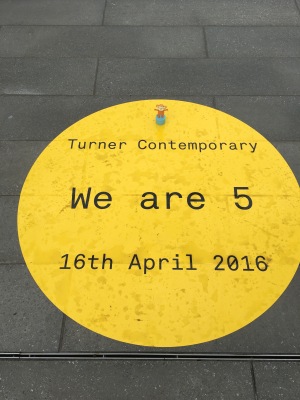 Julie came over in her mini and got windswept into Karen’s flat. Thankfully they’d talked before she left home and she was pre-warned to have layers and a hat.

Before doing too much, we needed some sustenance and had a delicious lunch at Buoy & Oyster. After lunch, I had a little look out of the window and it was a good view, but glad I was inside. 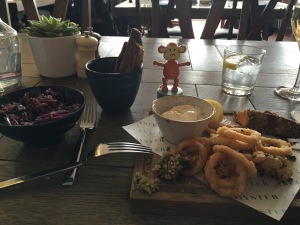 We then had a nice wander around the old town and in some junk shops. It was really nice chatting to the local shopkeepers. We also visited King Street Gallery and there was an unexpected telephone box.

To make up for the missed cake at Turner Contemporary, we stopped at the Cup Cake cafe for a rest before heading home in the rather strong wind.

So it was then Sunday already and the holiday was almost over. The sun had come out again although it wasn’t as warm as Thursday but still very pleasant. 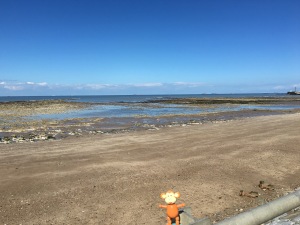 I even managed to find my own private pool. 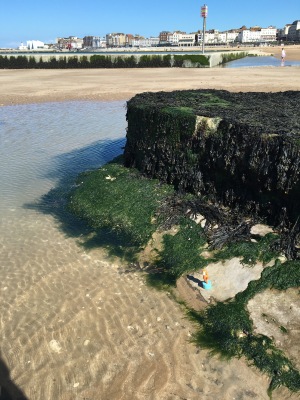 I then had a play on the beach. First I saw a pair of shells which were like angel wings, then I did some rock climbing. 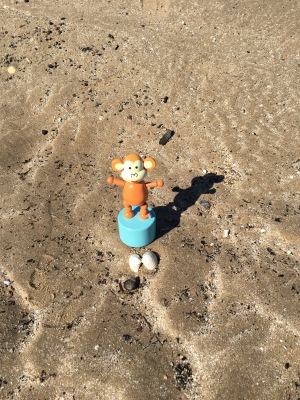 To finish off the day and to bring out my creative side, I made an M for Monkey from shells (or should that be M for Margate?).

So, that sets the sun on another blog and a holiday – enjoy.